CF Industries (NYSE:CF – Get Rating) last released its earnings results on Tuesday, February 15th. The basic materials company reported $3.71 EPS for the quarter, beating the Zacks’ consensus estimate of $3.41 by $0.30. The company had revenue of $2.54 billion during the quarter, compared to analysts’ expectations of $2.59 billion. CF Industries had a return on equity of 24.09% and a net margin of 14.03%. During the same quarter last year, the business posted $0.40 EPS. As a group, equities analysts predict that CF Industries will post 16.58 EPS for the current year.

About CF Industries (Get Rating) 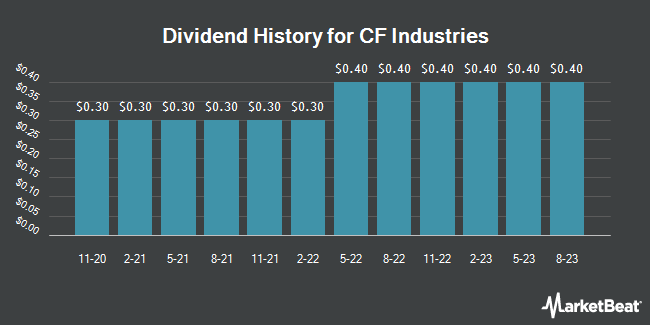