Cooper-Standard (NYSE:CPS – Get Rating) will be issuing its quarterly earnings data after the market closes on Thursday, May 5th. Cooper-Standard has set its FY 2022 guidance at EPS.Parties interested in registering for the company’s conference call can do so using this link.

In other news, CEO Jeffrey S. Edwards bought 22,900 shares of Cooper-Standard stock in a transaction that occurred on Tuesday, March 8th. The stock was purchased at an average cost of $8.74 per share, with a total value of $200,146.00. The purchase was disclosed in a document filed with the Securities & Exchange Commission, which is available through the SEC website. Also, Director Oss Stephen A. Van purchased 10,000 shares of the firm’s stock in a transaction on Friday, March 4th. The shares were acquired at an average price of $11.09 per share, for a total transaction of $110,900.00. The disclosure for this purchase can be found here. In the last ninety days, insiders acquired 57,650 shares of company stock valued at $609,174. Insiders own 3.30% of the company’s stock.

About Cooper-Standard (Get Rating) 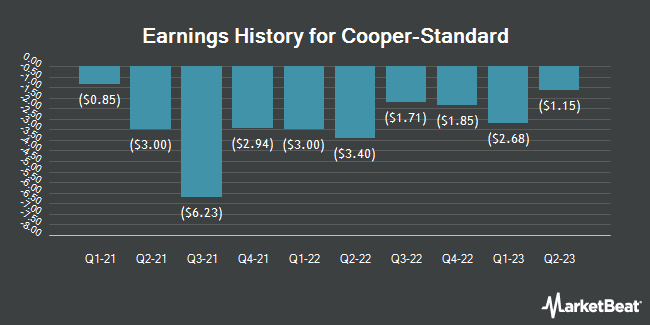 NeoGames vs. Its Peers Financial Analysis

Complete the form below to receive the latest headlines and analysts' recommendations for Cooper-Standard with our free daily email newsletter: