Iovance Biotherapeutics (NASDAQ:IOVA – Get Rating) last posted its quarterly earnings data on Thursday, February 24th. The biotechnology company reported ($0.63) earnings per share (EPS) for the quarter, missing the Zacks’ consensus estimate of ($0.56) by ($0.07). During the same quarter in the prior year, the firm posted ($0.47) earnings per share. On average, analysts expect Iovance Biotherapeutics to post $-3 EPS for the current fiscal year and $-2 EPS for the next fiscal year. 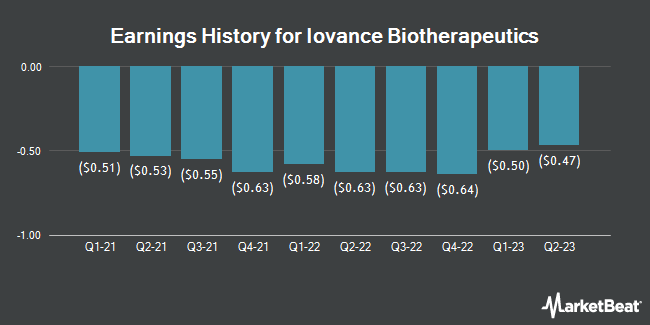 Analysts’ Downgrades for May 27th