Investment analysts at JPMorgan Chase & Co. started coverage on shares of Joby Aviation (NYSE:JOBY – Get Rating) in a research note issued on Thursday, The Fly reports. The brokerage set a “neutral” rating on the stock.

Joby Aviation, Inc, a vertically integrated air mobility company, engages in building an electric vertical takeoff and landing aircraft optimized to deliver air transportation as a service. It intends to build an aerial ridesharing service. The company was founded in 2009 and is headquartered in Santa Cruz, California. 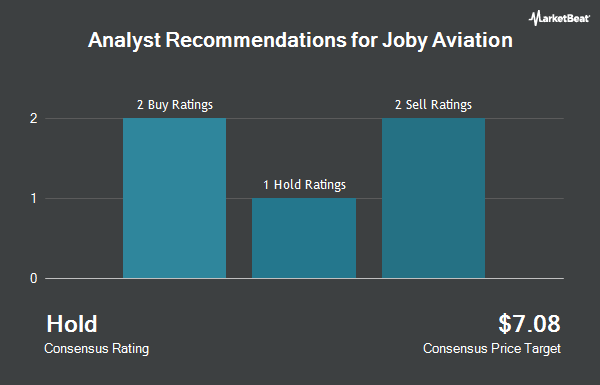 Complete the form below to receive the latest headlines and analysts' recommendations for Joby Aviation with our free daily email newsletter: