Kimberly-Clark Co. (NYSE:KMB – Get Rating) announced a quarterly dividend on Wednesday, April 27th, RTT News reports. Shareholders of record on Friday, June 10th will be paid a dividend of 1.16 per share on Tuesday, July 5th. This represents a $4.64 annualized dividend and a yield of 3.30%.

In other Kimberly-Clark news, insider Jeffrey P. Melucci sold 15,302 shares of the business’s stock in a transaction dated Monday, April 25th. The shares were sold at an average price of $142.63, for a total value of $2,182,524.26. Following the completion of the sale, the insider now owns 27,626 shares of the company’s stock, valued at approximately $3,940,296.38. The transaction was disclosed in a legal filing with the Securities & Exchange Commission, which is accessible through the SEC website. Insiders own 0.55% of the company’s stock. 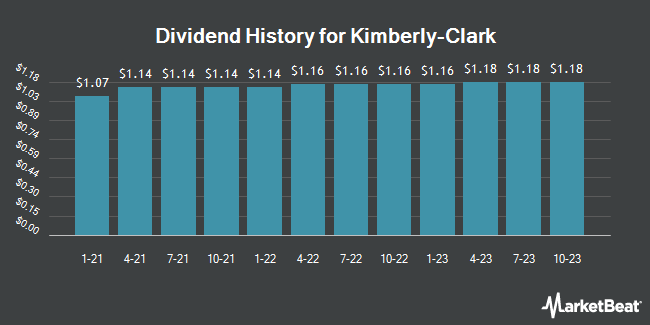