NFI Group (TSE:NFI – Get Rating) is scheduled to post its quarterly earnings results before the market opens on Thursday, May 5th. Analysts expect NFI Group to post earnings of C($0.38) per share for the quarter.

The company also recently announced a quarterly dividend, which was paid on Friday, April 15th. Investors of record on Thursday, March 31st were paid a $0.053 dividend. The ex-dividend date was Wednesday, March 30th. This represents a $0.21 dividend on an annualized basis and a yield of 1.55%. NFI Group’s payout ratio is presently -253.96%.

NFI Group Inc, together with its subsidiaries, manufactures and sells buses in North America, the United Kingdom, Europe, the Asia Pacific, and internationally. It operates through two segments, Manufacturing Operations and Aftermarket Operations. The company offers heavy-duty transit buses under the New Flyer name; single and double-deck buses under the Alexander Dennis Limited brand name; motor coaches under Plaxton and MCI brand names; low-floor cutaway and medium-duty buses under the ARBOC brand; and aftermarket parts under the NFI Parts brand name, as well as articulated buses. 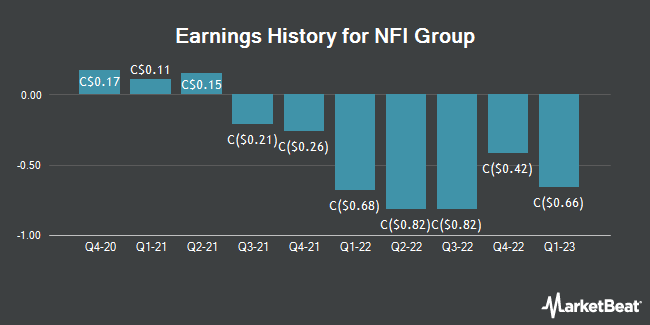 Complete the form below to receive the latest headlines and analysts' recommendations for NFI Group with our free daily email newsletter: