Silicon Laboratories (NASDAQ:SLAB – Get Rating) had its target price cut by analysts at Cowen from $205.00 to $180.00 in a research report issued on Thursday, The Fly reports. Cowen’s price objective indicates a potential upside of 35.75% from the stock’s current price.

Silicon Laboratories (NASDAQ:SLAB – Get Rating) last issued its earnings results on Wednesday, April 27th. The semiconductor company reported $1.05 EPS for the quarter, topping the Thomson Reuters’ consensus estimate of $0.64 by $0.41. Silicon Laboratories had a return on equity of 4.49% and a net margin of 258.69%. The company had revenue of $233.80 million during the quarter, compared to the consensus estimate of $226.22 million. During the same period in the previous year, the company posted $0.65 EPS. The firm’s revenue for the quarter was up 48.2% compared to the same quarter last year. On average, equities analysts predict that Silicon Laboratories will post 1.56 EPS for the current fiscal year. 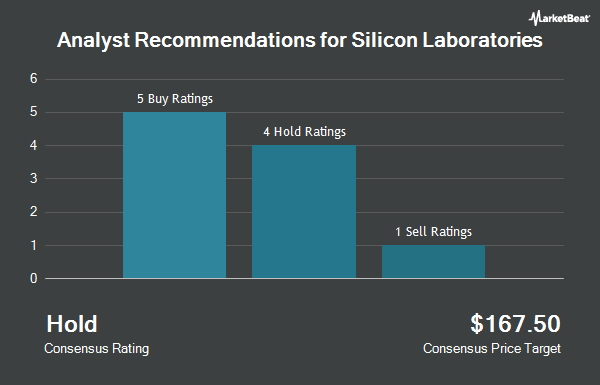