Enbridge Inc. (TSE:ENB – Get Rating) (NYSE:ENB) – US Capital Advisors upped their Q1 2022 earnings per share estimates for shares of Enbridge in a report released on Monday, April 25th. US Capital Advisors analyst B. Followill now expects that the company will post earnings per share of $0.86 for the quarter, up from their previous estimate of $0.85.

Enbridge (TSE:ENB – Get Rating) (NYSE:ENB) last released its quarterly earnings results on Friday, February 11th. The company reported C$0.68 earnings per share (EPS) for the quarter, missing the Thomson Reuters’ consensus estimate of C$0.78 by C($0.10). The business had revenue of C$12.47 billion for the quarter, compared to the consensus estimate of C$12.79 billion. 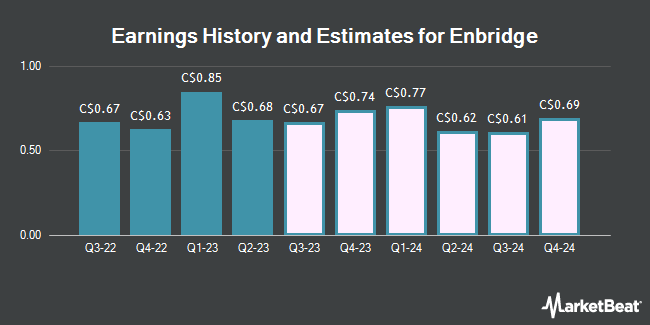 $4.06 Billion in Sales Expected for PulteGroup, Inc. This Quarter

$4.34 Billion in Sales Expected for Adobe Inc. This Quarter