Zacks Investment Research lowered shares of Century Communities (NYSE:CCS – Get Rating) from a hold rating to a sell rating in a report published on Thursday, Zacks.com reports.

According to Zacks, “Century Communities, Inc. is a home building and construction company. Its activities comprise land acquisition, development, and entitlements; and the acquisition, development, construction, marketing, and sale of various single-family detached and attached residential home projects. The Company operates in major metropolitan markets in Colorado, Texas and Nevada. Century Communities, Inc. is based in Greenwood Village, Colorado. “

The firm also recently declared a quarterly dividend, which was paid on Wednesday, March 16th. Investors of record on Wednesday, March 2nd were issued a $0.20 dividend. This is an increase from Century Communities’s previous quarterly dividend of $0.15. The ex-dividend date was Tuesday, March 1st. This represents a $0.80 dividend on an annualized basis and a dividend yield of 1.47%. Century Communities’s dividend payout ratio (DPR) is presently 5.49%. 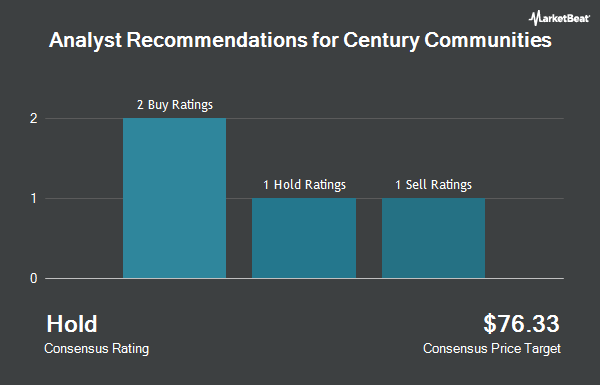