Rentokil Initial (OTCMKTS:RTOKY – Get Rating) had its price objective upped by Credit Suisse Group from GBX 600 ($7.65) to GBX 625 ($7.97) in a report published on Thursday, The Fly reports.

The business also recently declared a dividend, which will be paid on Tuesday, May 31st. Stockholders of record on Friday, April 8th will be issued a $0.2638 dividend. This represents a dividend yield of 1.13%. The ex-dividend date of this dividend is Thursday, April 7th.

Rentokil Initial plc, together with its subsidiaries, provides route-based services in North America, the United Kingdom, rest of Europe, Asia, the Pacific, and internationally. It offers a range of pest control services from rodents to flying and crawling insects, as well as to other forms of wildlife management for commercial and residential customers. 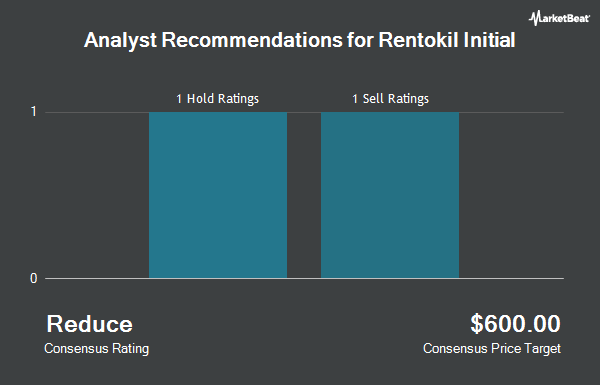 $170.54 Million in Sales Expected for StepStone Group Inc. This Quarter

Complete the form below to receive the latest headlines and analysts' recommendations for Rentokil Initial with our free daily email newsletter: