According to Zacks, analysts expect that Madison Square Garden Sports will report full year sales of $722.74 million for the current financial year, with estimates ranging from $706.16 million to $755.56 million. For the next year, analysts expect that the firm will report sales of $785.63 million, with estimates ranging from $768.60 million to $814.79 million. Zacks’ sales averages are an average based on a survey of sell-side research firms that follow Madison Square Garden Sports.

Madison Square Garden Sports Corp. operates as a professional sports company. The company owns and operates a portfolio of assets consists of the New York Knickerbockers of the National Basketball Association NBA and the New York Rangers of the National Hockey League NHL. Its other professional franchises include two development league teams, the Hartford Wolf Pack of the American Hockey League (AHL) and the Westchester Knicks of the NBA G League (NBAGL). 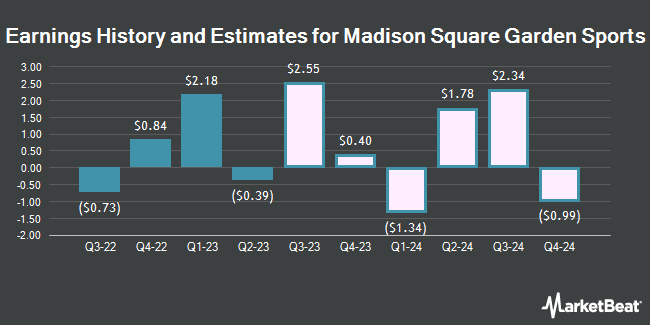 $5.22 Billion in Sales Expected for Eaton Co. plc This Quarter

Complete the form below to receive the latest headlines and analysts' recommendations for Madison Square Garden Sports with our free daily email newsletter: