Meritage Homes (NYSE:MTH – Get Rating) was downgraded by equities research analysts at TheStreet from a “b-” rating to a “c” rating in a research report issued on Wednesday, TheStreetRatingsTable reports.

Meritage Homes Corporation, together with its subsidiaries, designs and builds single-family homes in the United States. The company operates through two segments, Homebuilding and Financial Services. It acquires and develops land; and constructs, markets, and sells homes for first-time and first move-up buyers. 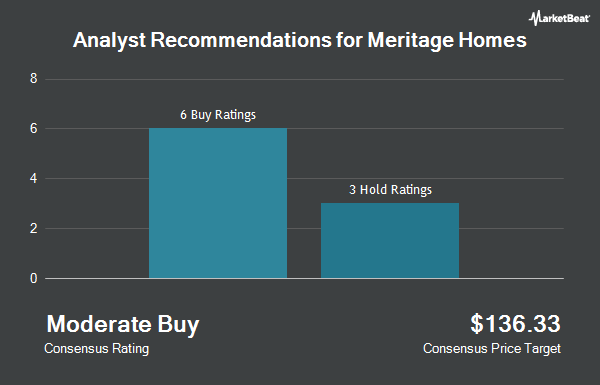 Complete the form below to receive the latest headlines and analysts' recommendations for Meritage Homes with our free daily email newsletter: