Shares of On Holding AG (NYSE:ONON – Get Rating) have received an average rating of “Hold” from the thirteen brokerages that are covering the stock, MarketBeat.com reports. Two equities research analysts have rated the stock with a sell recommendation, three have issued a hold recommendation and eight have given a buy recommendation to the company. The average 1-year target price among analysts that have updated their coverage on the stock in the last year is $39.70.

ON (NYSE:ONON – Get Rating) last released its quarterly earnings results on Friday, March 18th. The company reported ($0.65) EPS for the quarter, missing the Thomson Reuters’ consensus estimate of ($0.61) by ($0.04). The firm had revenue of $207.32 million for the quarter, compared to analyst estimates of $195.28 million. Analysts expect that ON will post -0.14 earnings per share for the current fiscal year.

About ON (Get Rating)

On Holding AG develops and distributes sports products worldwide. It offers athletic footwear, apparel, and accessories. The company offers its products through independent retailers and distributors, online, and stores. On Holding AG was founded in 2010 and is headquartered in Zurich, Switzerland. 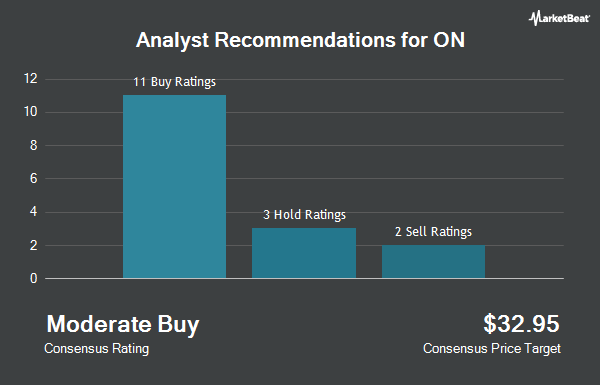