The Cheesecake Factory Incorporated (NASDAQ:CAKE) to Issue Quarterly Dividend of $0.27

Cheesecake Factory (NASDAQ:CAKE – Get Rating) last posted its earnings results on Wednesday, April 27th. The restaurant operator reported $0.47 EPS for the quarter, missing analysts’ consensus estimates of $0.50 by ($0.03). Cheesecake Factory had a return on equity of 37.60% and a net margin of 2.47%. During the same quarter last year, the firm earned $0.20 EPS. On average, research analysts expect that Cheesecake Factory will post 2.95 EPS for the current fiscal year. 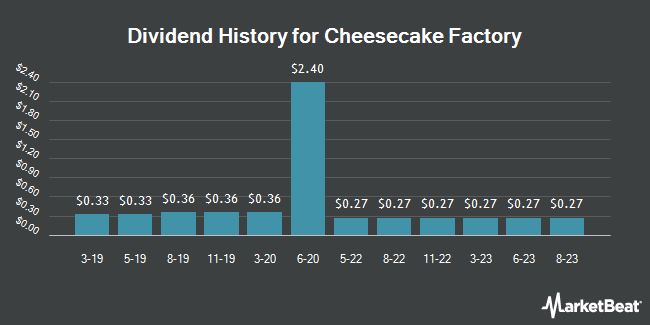