IMAX (NYSE:IMAX – Get Rating) released its earnings results on Thursday. The company reported ($0.14) EPS for the quarter, missing the consensus estimate of ($0.04) by ($0.10), MarketWatch Earnings reports. IMAX had a negative return on equity of 7.10% and a negative net margin of 8.76%. The company had revenue of $60.04 million during the quarter, compared to analysts’ expectations of $59.02 million. During the same period last year, the firm posted ($0.34) EPS. IMAX’s quarterly revenue was up 54.9% compared to the same quarter last year.

In other IMAX news, EVP Jacqueline Bassani sold 6,000 shares of the business’s stock in a transaction on Wednesday, March 16th. The shares were sold at an average price of $18.13, for a total transaction of $108,780.00. The transaction was disclosed in a legal filing with the SEC, which is available at the SEC website. Insiders own 23.20% of the company’s stock. 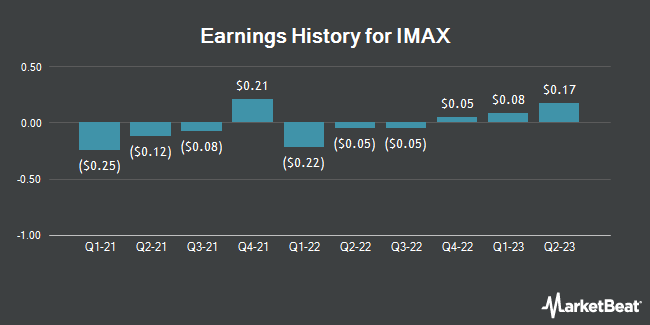 ONE Group Hospitality Lifted to “Buy” at StockNews.com

Mattel Lifted to Buy at StockNews.com

$49.10 Million in Sales Expected for Limoneira This Quarter