Equities research analysts expect that Merck & Co., Inc. (NYSE:MRK – Get Rating) will announce $13.72 billion in sales for the current fiscal quarter, according to Zacks. Four analysts have issued estimates for Merck & Co., Inc.’s earnings, with the highest sales estimate coming in at $14.57 billion and the lowest estimate coming in at $13.13 billion. Merck & Co., Inc. posted sales of $11.40 billion during the same quarter last year, which would indicate a positive year-over-year growth rate of 20.4%. The company is scheduled to issue its next earnings results on Monday, January 1st.

On average, analysts expect that Merck & Co., Inc. will report full-year sales of $57.02 billion for the current year, with estimates ranging from $56.88 billion to $57.20 billion. For the next year, analysts anticipate that the business will post sales of $55.05 billion, with estimates ranging from $54.46 billion to $55.63 billion. Zacks’ sales averages are an average based on a survey of research firms that cover Merck & Co., Inc..

Get a free copy of the Zacks research report on Merck & Co., Inc. (MRK) 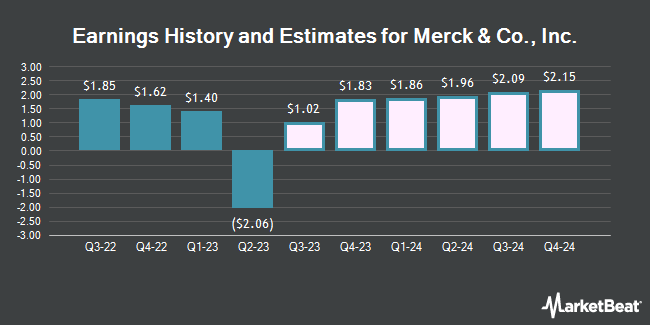