North American Construction Group Ltd. (NYSE:NOA – Get Rating) (TSE:NOA) declared a quarterly dividend on Friday, April 29th, Wall Street Journal reports. Stockholders of record on Friday, May 27th will be given a dividend of 0.0623 per share by the oil and gas company on Friday, July 8th. This represents a $0.25 dividend on an annualized basis and a dividend yield of 1.97%. The ex-dividend date of this dividend is Thursday, May 26th. 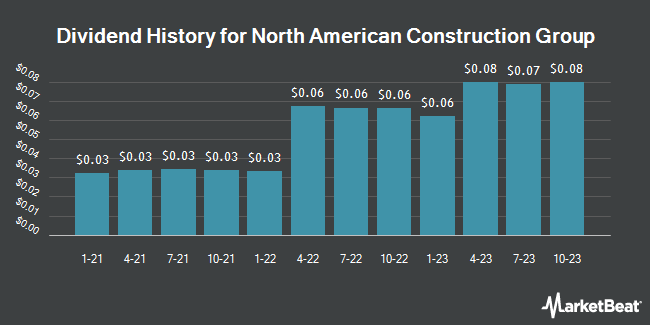 Complete the form below to receive the latest headlines and analysts' recommendations for North American Construction Group with our free daily email newsletter: