Pinterest (NYSE:PINS – Get Rating) posted its earnings results on Wednesday. The company reported $0.10 earnings per share (EPS) for the quarter, topping the Thomson Reuters’ consensus estimate of ($0.11) by $0.21, MarketWatch Earnings reports. Pinterest had a net margin of 12.48% and a return on equity of 13.10%. During the same period last year, the business posted ($0.02) earnings per share.

Pinterest, Inc operates as a visual discovery engine in the United States and internationally. The company's engine allows people to find inspiration for their lives, including recipes, style and home inspiration, DIY, and others; and provides video, product, and idea pins. It shows visual machine learning recommendations based on pinners taste and interests. 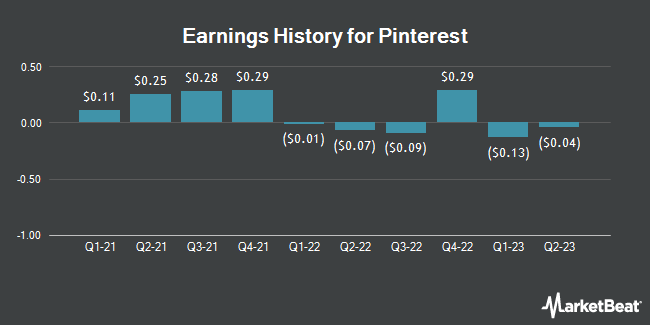 Complete the form below to receive the latest headlines and analysts' recommendations for Pinterest with our free daily email newsletter: