Cheesecake Factory (NASDAQ:CAKE – Get Rating) last issued its quarterly earnings data on Wednesday, April 27th. The restaurant operator reported $0.47 EPS for the quarter, missing the Thomson Reuters’ consensus estimate of $0.50 by ($0.03). Cheesecake Factory had a return on equity of 40.32% and a net margin of 2.96%. During the same period in the prior year, the business posted $0.20 earnings per share.

The company also recently announced a quarterly dividend, which will be paid on Tuesday, May 24th. Investors of record on Wednesday, May 11th will be given a $0.27 dividend. The ex-dividend date is Tuesday, May 10th. This represents a $1.08 dividend on an annualized basis and a dividend yield of 2.93%. 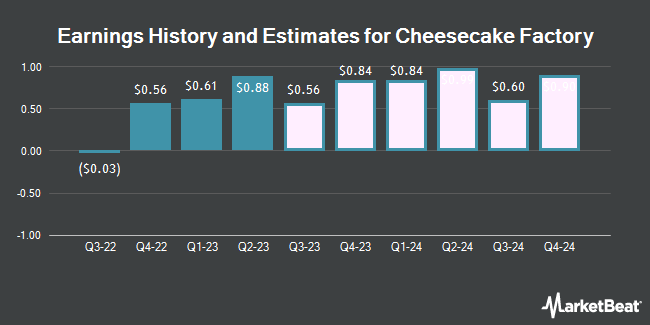