British Land (LON:BLND – Get Rating)‘s stock had its “underweight” rating reissued by stock analysts at Barclays in a research report issued on Friday, Marketbeat Ratings reports. They currently have a GBX 500 ($6.25) target price on the stock. Barclays‘s price target points to a potential downside of 2.99% from the company’s previous close. 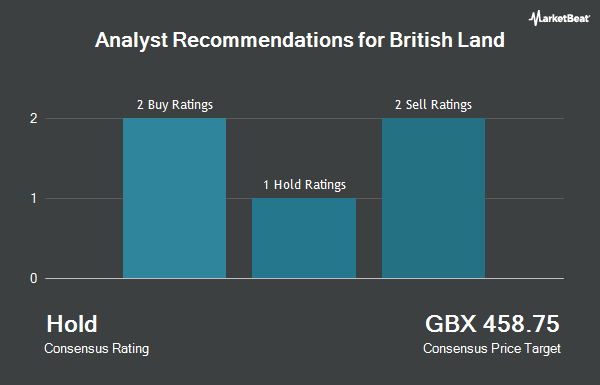