American Electric Power Company, Inc. (NASDAQ:AEP – Get Rating) EVP David Matthew Feinberg sold 2,890 shares of the stock in a transaction on Monday, May 2nd. The shares were sold at an average price of $99.47, for a total value of $287,468.30. Following the completion of the sale, the executive vice president now owns 11,395 shares in the company, valued at $1,133,460.65. The sale was disclosed in a document filed with the Securities & Exchange Commission, which is available at this link.

American Electric Power (NASDAQ:AEP – Get Rating) last announced its earnings results on Thursday, April 28th. The company reported $1.22 earnings per share (EPS) for the quarter, beating analysts’ consensus estimates of $1.20 by $0.02. The firm had revenue of $4.60 billion during the quarter, compared to analysts’ expectations of $4.37 billion. American Electric Power had a return on equity of 10.65% and a net margin of 15.34%. The business’s revenue was up 7.0% on a year-over-year basis. During the same period in the prior year, the firm earned $1.15 EPS. On average, research analysts expect that American Electric Power Company, Inc. will post 4.99 earnings per share for the current fiscal year.

The company also recently declared a quarterly dividend, which will be paid on Friday, June 10th. Shareholders of record on Tuesday, May 10th will be given a dividend of $0.78 per share. This represents a $3.12 annualized dividend and a yield of 3.13%. The ex-dividend date is Monday, May 9th. American Electric Power’s dividend payout ratio (DPR) is 59.66%.

About American Electric Power (Get Rating) 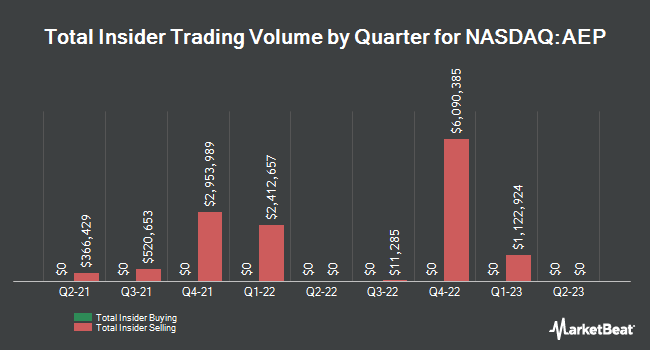 General European Strategic Investments Inc. Short Interest Up 2,598.2% in May