Mosaic (NYSE:MOS – Get Rating) announced its earnings results on Monday. The basic materials company reported $2.41 EPS for the quarter, beating the Thomson Reuters’ consensus estimate of $2.40 by $0.01, MarketWatch Earnings reports. Mosaic had a net margin of 13.19% and a return on equity of 18.45%. During the same period in the prior year, the company earned $0.57 earnings per share. 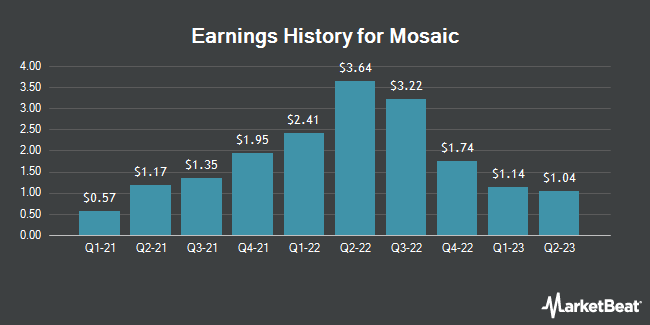