RGC Resources, Inc. (NASDAQ:RGCO – Get Rating) announced a quarterly dividend on Monday, May 2nd, Wall Street Journal reports. Shareholders of record on Friday, July 15th will be given a dividend of 0.195 per share by the energy company on Monday, August 1st. This represents a $0.78 dividend on an annualized basis and a dividend yield of 3.72%. The ex-dividend date of this dividend is Thursday, July 14th.

RGC Resources (NASDAQ:RGCO – Get Rating) last released its quarterly earnings results on Monday, February 7th. The energy company reported $0.43 EPS for the quarter, missing analysts’ consensus estimates of $0.54 by ($0.11). RGC Resources had a net margin of 11.36% and a return on equity of 9.00%. The company had revenue of $23.26 million during the quarter, compared to the consensus estimate of $21.00 million. During the same quarter last year, the firm posted $0.58 EPS. As a group, analysts forecast that RGC Resources will post 1.19 earnings per share for the current fiscal year.

About RGC Resources (Get Rating)

RGC Resources, Inc, through its subsidiaries, operates as an energy services company. It sells and distributes natural gas to residential, commercial, and industrial customers in Roanoke, Virginia, and the surrounding localities. The company also provides various unregulated services. It operates approximately 1,157 miles of transmission and distribution pipeline; and a liquefied natural gas storage facility, as well as owns and operates 6 metering stations. 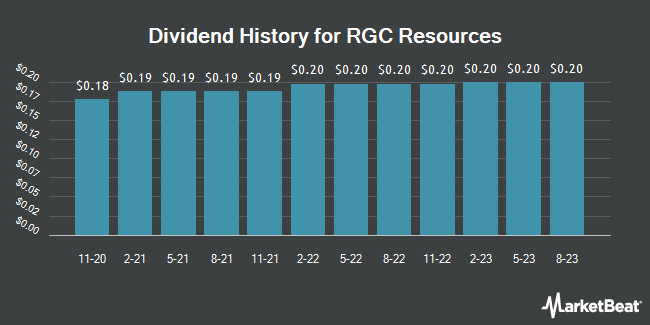 Complete the form below to receive the latest headlines and analysts' recommendations for RGC Resources with our free daily email newsletter: