ACADIA Pharmaceuticals Inc. (NASDAQ:ACAD – Get Rating) COO Brendan Teehan sold 552 shares of ACADIA Pharmaceuticals stock in a transaction dated Monday, May 2nd. The shares were sold at an average price of $18.18, for a total value of $10,035.36. Following the completion of the sale, the chief operating officer now directly owns 3,437 shares in the company, valued at approximately $62,484.66. The transaction was disclosed in a legal filing with the Securities & Exchange Commission, which is accessible through this hyperlink. 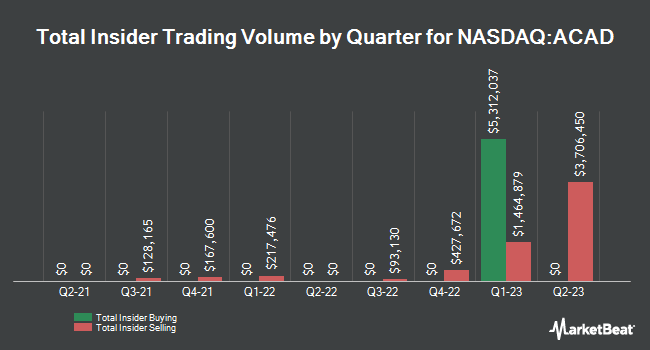