Biodesix (NASDAQ:BDSX – Get Rating) is scheduled to issue its quarterly earnings data before the market opens on Wednesday, May 11th. Analysts expect the company to announce earnings of ($0.38) per share for the quarter. Biodesix has set its FY 2022 guidance at EPS.Investors that are interested in registering for the company’s conference call can do so using this link.

Biodesix (NASDAQ:BDSX – Get Rating) last released its earnings results on Monday, March 14th. The company reported ($0.49) earnings per share (EPS) for the quarter, beating the Zacks’ consensus estimate of ($0.50) by $0.01. The company had revenue of $7.22 million during the quarter, compared to analysts’ expectations of $7.33 million. During the same quarter last year, the business posted ($0.25) earnings per share. On average, analysts expect Biodesix to post $-1 EPS for the current fiscal year and $-1 EPS for the next fiscal year.

A number of research analysts recently issued reports on BDSX shares. Canaccord Genuity Group decreased their target price on Biodesix from $22.00 to $18.00 and set a “buy” rating for the company in a report on Tuesday, February 15th. BTIG Research reiterated a “buy” rating and issued a $10.00 target price (down from $17.00) on shares of Biodesix in a report on Thursday, April 14th. Cowen started coverage on Biodesix in a report on Wednesday, April 20th. They issued an “outperform” rating for the company. Zacks Investment Research lowered Biodesix from a “buy” rating to a “hold” rating in a report on Thursday, March 17th. Finally, Cowen assumed coverage on Biodesix in a research note on Wednesday, April 20th. They issued an “outperform” rating on the stock. Two equities research analysts have rated the stock with a hold rating and five have assigned a buy rating to the stock. Based on data from MarketBeat.com, the company currently has an average rating of “Buy” and a consensus target price of $12.95. 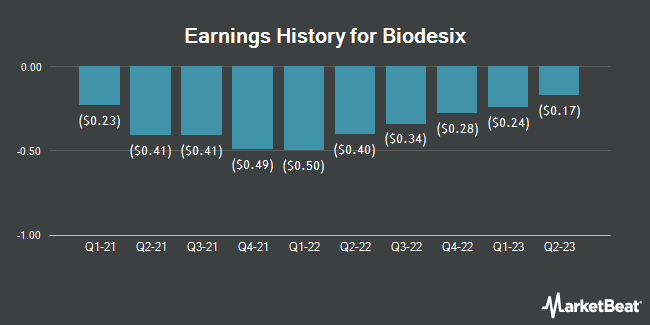 AB Electrolux Upgraded to “Hold” at The Goldman Sachs Group