Denny’s (NASDAQ:DENN – Get Rating) announced its earnings results on Tuesday. The restaurant operator reported $0.11 EPS for the quarter, missing the Thomson Reuters’ consensus estimate of $0.13 by ($0.02), MarketWatch Earnings reports. Denny’s had a net margin of 19.61% and a negative return on equity of 37.11%. The firm had revenue of $103.10 million during the quarter, compared to analysts’ expectations of $102.13 million. During the same quarter in the prior year, the company earned $0.01 EPS. The business’s revenue for the quarter was up 27.9% on a year-over-year basis.

About Denny’s (Get Rating) 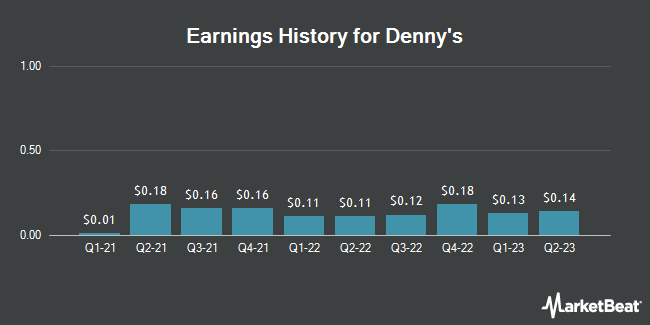 Guidewire Software, Inc. Given Average Rating of “Hold” by Brokerages

Lumentum Holdings Inc. Given Average Rating of “Buy” by Brokerages