Devon Energy (NYSE:DVN – Get Rating) last issued its quarterly earnings results on Monday, May 2nd. The energy company reported $1.88 earnings per share (EPS) for the quarter, beating analysts’ consensus estimates of $1.75 by $0.13. Devon Energy had a return on equity of 26.76% and a net margin of 23.60%. During the same quarter last year, the company posted $0.45 earnings per share. As a group, equities analysts expect that Devon Energy will post 8.46 EPS for the current fiscal year.

Devon Energy announced that its board has initiated a share buyback plan on Monday, May 2nd that allows the company to repurchase $2.00 billion in shares. This repurchase authorization allows the energy company to buy up to 4.7% of its stock through open market purchases. Stock repurchase plans are usually a sign that the company’s leadership believes its shares are undervalued. 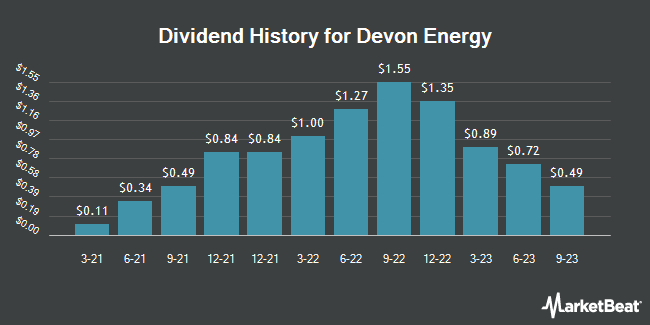