Inspire Medical Systems (NYSE:INSP – Get Rating) released its earnings results on Tuesday. The company reported ($0.61) earnings per share for the quarter, topping the consensus estimate of ($0.73) by $0.12, MarketWatch Earnings reports. Inspire Medical Systems had a negative return on equity of 18.84% and a negative net margin of 18.01%. The business had revenue of $69.40 million during the quarter, compared to the consensus estimate of $64.17 million. During the same period last year, the company earned ($0.60) earnings per share. The business’s revenue for the quarter was up 93.6% compared to the same quarter last year.

Inspire Medical Systems, Inc, a medical technology company, focuses on the development and commercialization of minimally invasive solutions for patients with obstructive sleep apnea (OSA) in the United States and internationally. The company offers Inspire system, a neurostimulation technology that provides a safe and effective treatment for moderate to severe OSA. 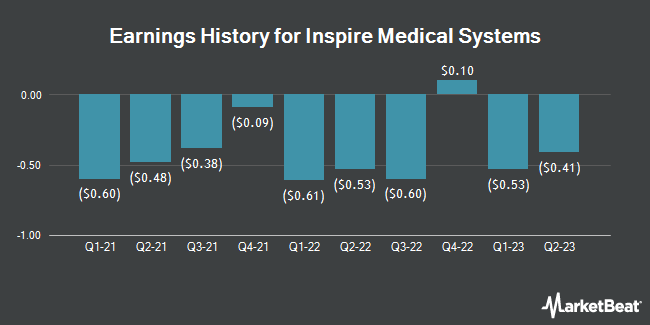 Invesco DWA Momentum ETF Short Interest Up 70.7% in May

Complete the form below to receive the latest headlines and analysts' recommendations for Inspire Medical Systems with our free daily email newsletter: