Melrose Industries (LON:MRO – Get Rating) had its price objective dropped by investment analysts at JPMorgan Chase & Co. from GBX 240 ($3.00) to GBX 215 ($2.69) in a note issued to investors on Wednesday, Marketbeat Ratings reports. The firm presently has an “overweight” rating on the stock. JPMorgan Chase & Co.‘s target price indicates a potential upside of 88.43% from the stock’s current price.

About Melrose Industries (Get Rating)

Melrose Industries PLC engages in the aerospace, automotive, powder metallurgy, and other industrial businesses in the United Kingdom, rest of Europe, North America, and internationally. Its Aerospace segment provides airframe and engine structures, and electrical interconnection systems for the aerospace industry in civil airframe and defense platforms. 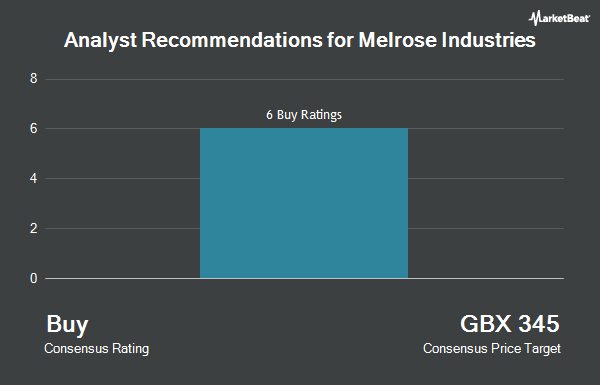 Complete the form below to receive the latest headlines and analysts' recommendations for Melrose Industries with our free daily email newsletter: