Antofagasta (LON:ANTO – Get Rating)‘s stock had its “underperform” rating reissued by equities researchers at Royal Bank of Canada in a research report issued on Wednesday, MarketBeat.com reports. They currently have a GBX 1,300 ($16.24) target price on the mining company’s stock. Royal Bank of Canada’s price objective would suggest a potential downside of 14.73% from the stock’s current price.

About Antofagasta (Get Rating) 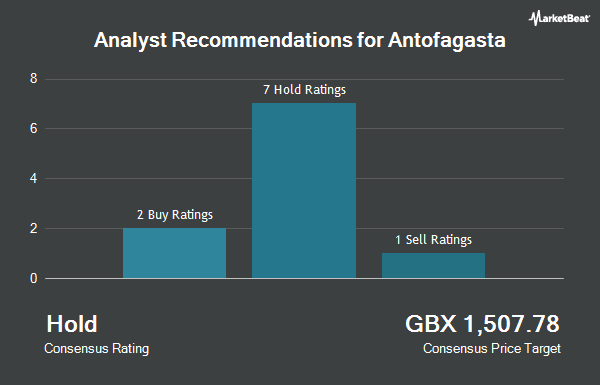 $96.10 Million in Sales Expected for comScore, Inc. This Quarter

Complete the form below to receive the latest headlines and analysts' recommendations for Antofagasta with our free daily email newsletter: