Equitrans Midstream (NYSE:ETRN – Get Rating) was upgraded by research analysts at TheStreet from a “d” rating to a “c-” rating in a report released on Tuesday, TheStreetRatingsTable reports.

Equitrans Midstream (NYSE:ETRN – Get Rating) last released its earnings results on Tuesday, May 3rd. The company reported $0.14 earnings per share (EPS) for the quarter, missing the Zacks’ consensus estimate of $0.19 by ($0.05). Equitrans Midstream had a negative net margin of 104.82% and a positive return on equity of 6.90%. The company had revenue of $342.15 million for the quarter, compared to analyst estimates of $380.59 million. During the same quarter in the previous year, the firm earned $0.19 EPS. The firm’s revenue was down 10.0% on a year-over-year basis. On average, equities analysts predict that Equitrans Midstream will post 0.55 EPS for the current fiscal year. 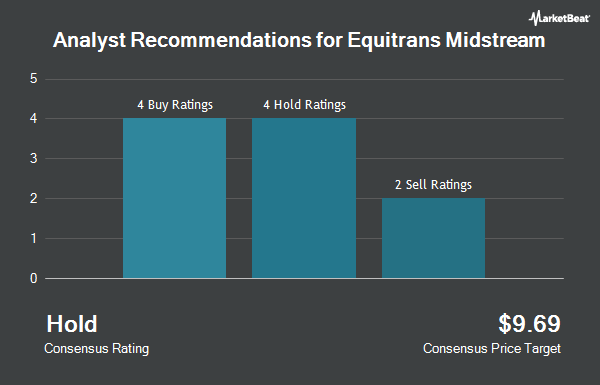