Raytheon Technologies Co. (NYSE:RTX – Get Rating) has earned an average rating of “Buy” from the seventeen brokerages that are covering the company, MarketBeat reports. Three analysts have rated the stock with a hold recommendation and nine have given a buy recommendation to the company. The average 1 year target price among brokerages that have issued ratings on the stock in the last year is $110.08.

The business also recently declared a quarterly dividend, which will be paid on Thursday, June 16th. Shareholders of record on Friday, May 20th will be given a dividend of $0.55 per share. This represents a $2.20 dividend on an annualized basis and a dividend yield of 2.25%. This is an increase from Raytheon Technologies’s previous quarterly dividend of $0.51. The ex-dividend date is Thursday, May 19th. Raytheon Technologies’s payout ratio is 73.12%. 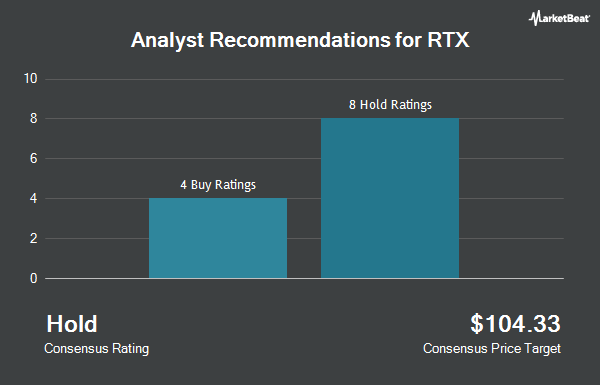