ASM International NV (OTCMKTS:ASMIY – Get Rating) has received an average rating of “Buy” from the eleven ratings firms that are currently covering the company, MarketBeat.com reports. One equities research analyst has rated the stock with a sell rating, two have given a hold rating and seven have given a buy rating to the company. The average 12-month target price among brokerages that have issued a report on the stock in the last year is $384.67.

ASM International NV, together with its subsidiaries, engages in the research, development, manufacture, marketing, and servicing of equipment and materials that are used to produce semiconductor devices in the United States, Europe, and Asia. Its products include wafer processing deposition systems for single-wafer atomic layer deposition, plasma enhanced chemical vapor deposition, epitaxy, and batch diffusion/furnace systems, as well as provides spare parts and support services. 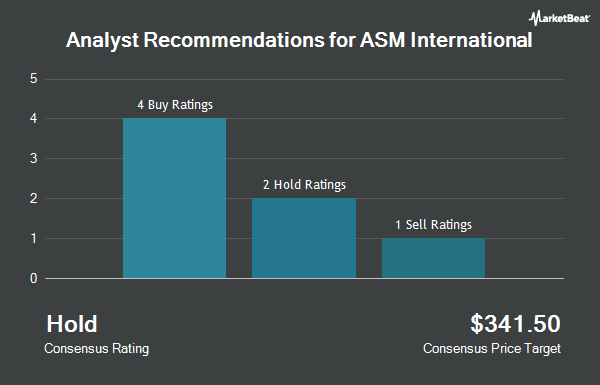 Complete the form below to receive the latest headlines and analysts' recommendations for ASM International with our free daily email newsletter: