Molson Coors Beverage (NYSE:TAP – Get Rating) had its target price boosted by research analysts at Citigroup from $58.00 to $61.00 in a research report issued to clients and investors on Friday, The Fly reports. Citigroup’s price target indicates a potential upside of 15.88% from the stock’s previous close.

About Molson Coors Beverage (Get Rating) 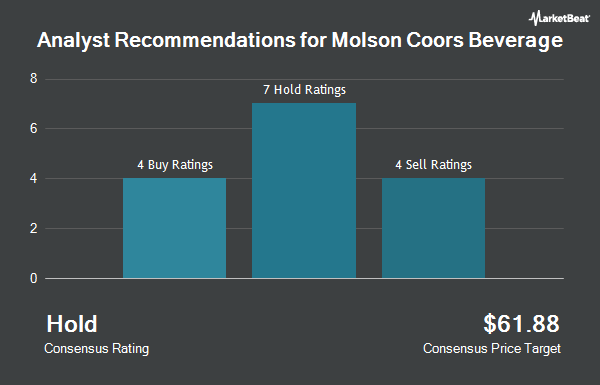 $4.30 Billion in Sales Expected for Moderna, Inc. This Quarter

$299.68 Million in Sales Expected for TriNet Group, Inc. This Quarter

Complete the form below to receive the latest headlines and analysts' recommendations for Molson Coors Beverage with our free daily email newsletter: