Yara International ASA (OTCMKTS:YARIY – Get Rating) declared a dividend on Friday, May 6th, investing.com reports. Investors of record on Thursday, May 12th will be given a dividend of 1.4046 per share by the basic materials company on Friday, May 27th. This represents a yield of 8.69%. The ex-dividend date is Wednesday, May 11th.

About Yara International ASA (Get Rating) 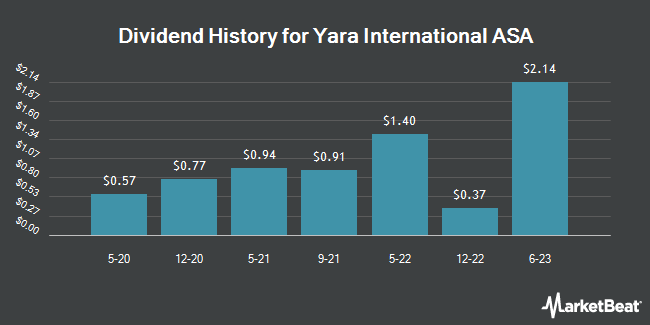 Royal Bank of Canada Analysts Give Microsoft a $380.00 Price Target

Complete the form below to receive the latest headlines and analysts' recommendations for Yara International ASA with our free daily email newsletter: