22nd Century Group (NASDAQ:XXII – Get Rating) posted its earnings results on Thursday. The biotechnology company reported ($0.05) earnings per share for the quarter, beating the consensus estimate of ($0.06) by $0.01, MarketWatch Earnings reports. 22nd Century Group had a negative return on equity of 38.82% and a negative net margin of 105.37%. During the same quarter last year, the company earned ($0.03) EPS. 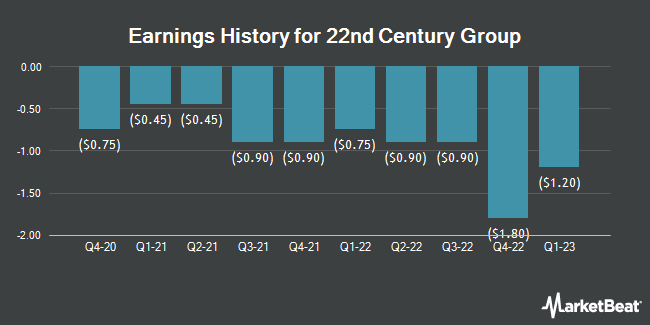 Esperion Therapeutics Price Target Cut to $3.00 by Analysts at The Goldman Sachs Group

FibroGen Price Target Lowered to $8.00 at The Goldman Sachs Group