In other Bandwidth news, CFO Daryl Raiford purchased 8,135 shares of the stock in a transaction that occurred on Monday, February 28th. The shares were acquired at an average cost of $30.73 per share, with a total value of $249,988.55. The purchase was disclosed in a document filed with the Securities & Exchange Commission, which is accessible through the SEC website. Also, VP Gabriela Gonzalez sold 863 shares of the firm’s stock in a transaction dated Tuesday, February 22nd. The stock was sold at an average price of $50.73, for a total transaction of $43,779.99. The disclosure for this sale can be found here. Insiders bought 21,135 shares of company stock worth $616,629 over the last three months. Insiders own 5.79% of the company’s stock. 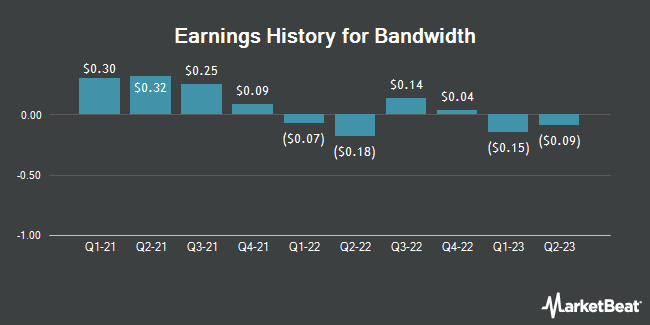