Fisker (NYSE:FSR – Get Rating) released its quarterly earnings data on Wednesday. The company reported ($0.41) EPS for the quarter, missing analysts’ consensus estimates of ($0.39) by ($0.02), MarketWatch Earnings reports. The company had revenue of $0.01 million for the quarter, compared to the consensus estimate of $0.01 million. Fisker had a negative return on equity of 45.26% and a negative net margin of 438,496.81%. The company’s revenue for the quarter was down 45.5% compared to the same quarter last year. During the same period last year, the firm earned ($0.11) earnings per share.

In other news, Director Mitchell Zuklie acquired 5,000 shares of the stock in a transaction dated Wednesday, March 9th. The stock was bought at an average price of $11.36 per share, with a total value of $56,800.00. The transaction was disclosed in a filing with the Securities & Exchange Commission, which is available through the SEC website. Also, CTO Burkhard J. Huhnke sold 6,639 shares of the company’s stock in a transaction that occurred on Wednesday, March 9th. The shares were sold at an average price of $11.00, for a total value of $73,029.00. The disclosure for this sale can be found here. Corporate insiders own 24.95% of the company’s stock.

Fisker Inc develops, manufactures, markets, leases, or sale of electric vehicles. The company is also involved in asset-light automotive business. It operates through The White Space, The Value Segment, and The Conservative Premium segments. In addition, the company offers fisker flexible platform agnostic design ,a process that develops and designs electric vehicles in specific segment size. 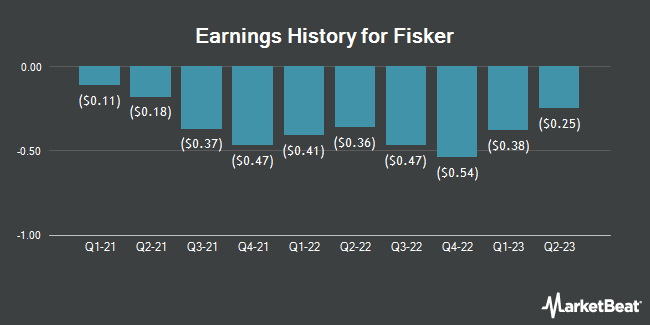 Receive News & Ratings for Fisker Daily - Enter your email address below to receive a concise daily summary of the latest news and analysts' ratings for Fisker and related companies with MarketBeat.com's FREE daily email newsletter.

Complete the form below to receive the latest headlines and analysts' recommendations for Fisker with our free daily email newsletter: