XOMA (NASDAQ:XOMA – Get Rating) announced its quarterly earnings results on Wednesday. The biotechnology company reported ($0.32) EPS for the quarter, beating the consensus estimate of ($0.36) by $0.04, Fidelity Earnings reports. XOMA had a return on equity of 4.93% and a net margin of 14.57%.

About XOMA (Get Rating)

XOMA Corporation operates as a biotechnology royalty aggregator in Europe, the United States, and the Asia Pacific. The company engages in helping biotech companies for enhancing human health. It acquires the potential future economics associated with pre-commercial therapeutic candidates that have been licensed to pharmaceutical or biotechnology companies. 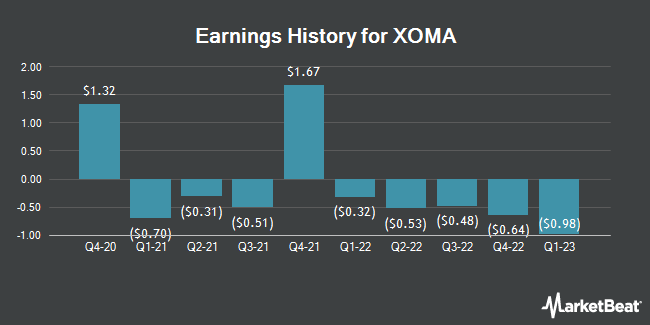 Receive News & Ratings for XOMA Daily - Enter your email address below to receive a concise daily summary of the latest news and analysts' ratings for XOMA and related companies with MarketBeat.com's FREE daily email newsletter.

Complete the form below to receive the latest headlines and analysts' recommendations for XOMA with our free daily email newsletter: