Victory Capital (NASDAQ:VCTR – Get Rating) released its quarterly earnings results on Thursday. The company reported $1.08 earnings per share (EPS) for the quarter, missing the consensus estimate of $1.18 by ($0.10), reports. Victory Capital had a net margin of 31.35% and a return on equity of 39.72%. The company had revenue of $230.02 million for the quarter, compared to the consensus estimate of $238.87 million.

The company also recently announced a quarterly dividend, which will be paid on Monday, June 27th. Investors of record on Friday, June 10th will be given a $0.25 dividend. The ex-dividend date of this dividend is Thursday, June 9th. This represents a $1.00 dividend on an annualized basis and a dividend yield of 3.77%. Victory Capital’s dividend payout ratio is currently 26.04%. 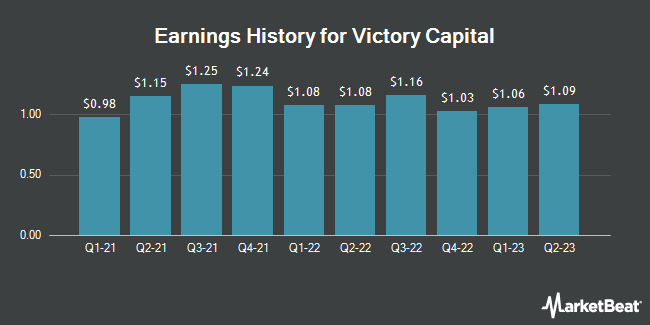 Ocular Therapeutix, Inc. Given Consensus Recommendation of “Buy” by Brokerages

Euronav NV Given Consensus Recommendation of “Hold” by Brokerages