Hanesbrands (NYSE:HBI – Get Rating) updated its second quarter 2022 earnings guidance on Monday. The company provided earnings per share guidance of $0.32-$0.36 for the period, compared to the consensus earnings per share estimate of $0.42. The company issued revenue guidance of $1.68 billion-$1.73 billion, compared to the consensus revenue estimate of $1.79 billion.Hanesbrands also updated its FY 2022 guidance to $1.64-$1.81 EPS.

Hanesbrands announced that its board has initiated a stock buyback plan on Thursday, February 3rd that permits the company to repurchase $600.00 million in outstanding shares. This repurchase authorization permits the textile maker to reacquire up to 10.8% of its shares through open market purchases. Shares repurchase plans are often a sign that the company’s board of directors believes its stock is undervalued. 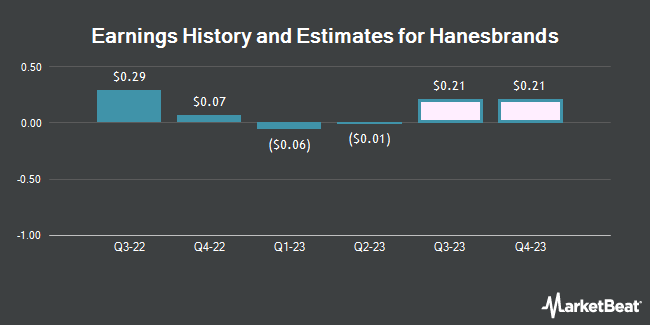