Franco-Nevada (TSE:FNV – Get Rating) (NYSE:FNV) last issued its quarterly earnings results on Wednesday, March 9th. The company reported C$1.08 earnings per share (EPS) for the quarter, missing the consensus estimate of C$1.09 by C($0.01). The business had revenue of C$413.15 million during the quarter, compared to analysts’ expectations of C$400.86 million. 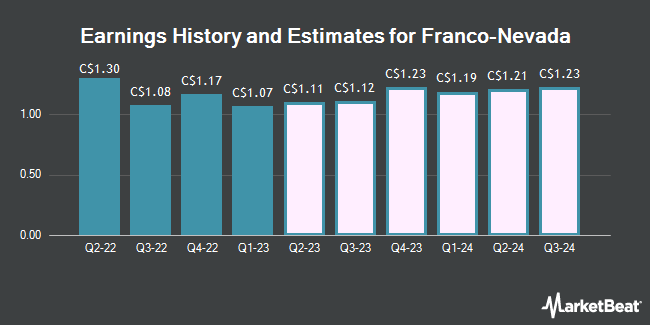