Henkel AG & Co. KGaA (OTCMKTS:HENKY – Get Rating) was downgraded by investment analysts at Societe Generale from a “buy” rating to a “hold” rating in a report issued on Monday, The Fly reports. 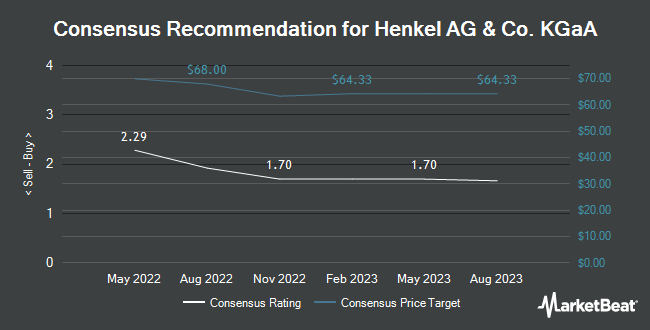