Adecco Group (OTCMKTS:AHEXY – Get Rating) had its price target decreased by investment analysts at Deutsche Bank Aktiengesellschaft from CHF 41 to CHF 36 in a research note issued on Tuesday, The Fly reports. 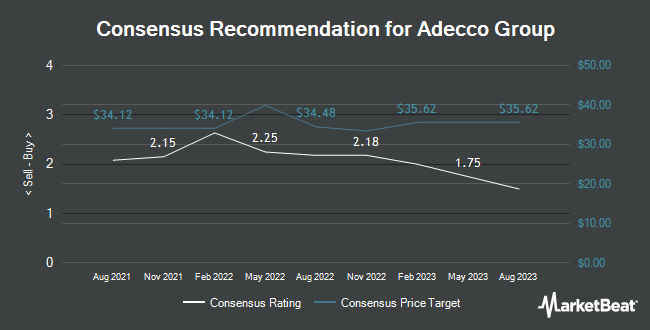 Markforged and Its Peers Financial Review

Analysts Expect Biodesix, Inc. Will Announce Earnings of -$0.36 Per Share

Mission Produce, Inc. Expected to Announce Earnings of -$0.01 Per Share

Complete the form below to receive the latest headlines and analysts' recommendations for Adecco Group with our free daily email newsletter: