In other Establishment Labs news, major shareholder Jw Asset Management, Llc purchased 10,000 shares of Establishment Labs stock in a transaction dated Monday, February 28th. The shares were bought at an average cost of $59.42 per share, for a total transaction of $594,200.00. The transaction was disclosed in a document filed with the SEC, which is accessible through this hyperlink. Insiders have acquired 60,000 shares of company stock worth $3,868,100 over the last three months. 13.08% of the stock is owned by corporate insiders.

About Establishment Labs (Get Rating) 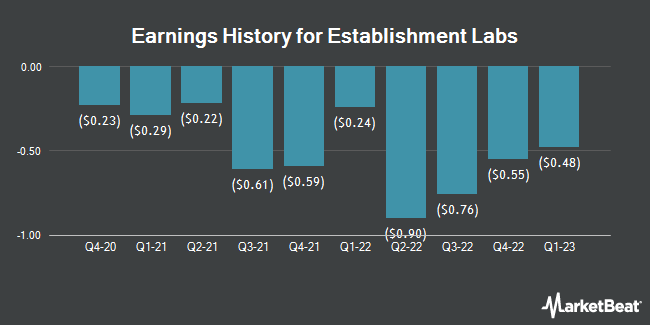 Complete the form below to receive the latest headlines and analysts' recommendations for Establishment Labs with our free daily email newsletter: