GoodRx (NASDAQ:GDRX – Get Rating) announced its quarterly earnings data on Monday. The company reported $0.10 earnings per share for the quarter, topping the consensus estimate of $0.08 by $0.02, MarketWatch Earnings reports. GoodRx had a positive return on equity of 0.06% and a negative net margin of 3.39%. The company had revenue of $203.30 million for the quarter, compared to analyst estimates of $200.61 million. During the same quarter last year, the firm earned ($0.01) EPS. GoodRx’s revenue for the quarter was up 26.7% compared to the same quarter last year. GoodRx updated its Q2 2022 guidance to EPS. 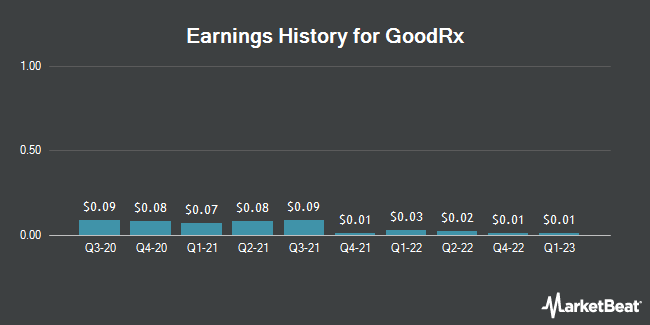