Lordstown Motors (NASDAQ:RIDE – Get Rating) announced its earnings results on Monday. The company reported ($0.46) earnings per share for the quarter, missing analysts’ consensus estimates of ($0.45) by ($0.01), MarketWatch Earnings reports. During the same period in the prior year, the company posted ($0.72) earnings per share.

Lordstown Motors Corp. develops, manufactures, and sells Endurance, an electric full-size pickup truck for fleet customers. The company was founded in 2019 and is based in Lordstown, Ohio. 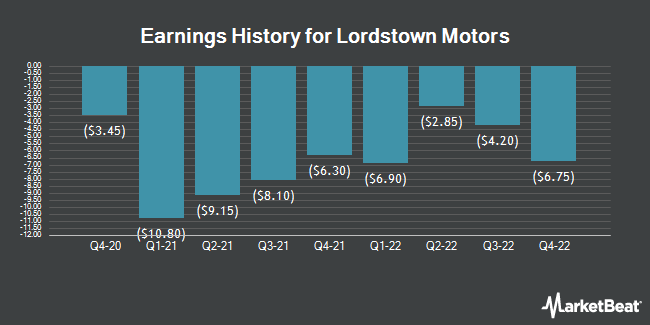 Kymera Therapeutics, Inc. Given Average Rating of “Buy” by Brokerages

WildBrain Ltd. Given Average Rating of “Buy” by Brokerages

Complete the form below to receive the latest headlines and analysts' recommendations for Lordstown Motors with our free daily email newsletter: