Oportun Financial (NASDAQ:OPRT – Get Rating) released its earnings results on Monday. The company reported $1.58 earnings per share for the quarter, beating the consensus estimate of $0.60 by $0.98, MarketWatch Earnings reports. Oportun Financial had a net margin of 7.56% and a return on equity of 12.00%. The business had revenue of $214.70 million during the quarter, compared to analysts’ expectations of $198.40 million. During the same period last year, the business earned $0.27 earnings per share. The firm’s revenue was up 58.7% on a year-over-year basis.

In other news, Director Louis Miramontes sold 5,357 shares of the business’s stock in a transaction dated Monday, March 14th. The shares were sold at an average price of $13.76, for a total value of $73,712.32. The sale was disclosed in a legal filing with the Securities & Exchange Commission, which is accessible through this hyperlink. Insiders own 12.60% of the company’s stock. 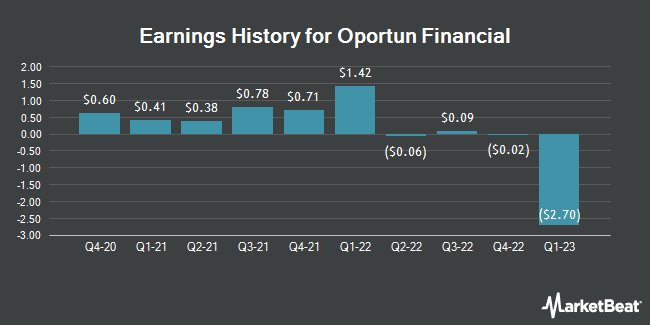 Williams-Sonoma, Inc. Given Consensus Rating of “Hold” by Analysts

Complete the form below to receive the latest headlines and analysts' recommendations for Oportun Financial with our free daily email newsletter: