NuVista Energy (OTCMKTS:NUVSF – Get Rating) had its price objective increased by investment analysts at Scotiabank from C$14.50 to C$15.50 in a report issued on Wednesday, The Fly reports.

NuVista Energy Ltd., an oil and natural gas company, engages in the exploration, development, and production of oil and natural gas reserves in the Western Canadian Sedimentary Basin. It primarily focuses on the condensate rich Montney formation in the Wapiti area of the Alberta Deep Basin. The company was incorporated in 2003 and is headquartered in Calgary, Canada. 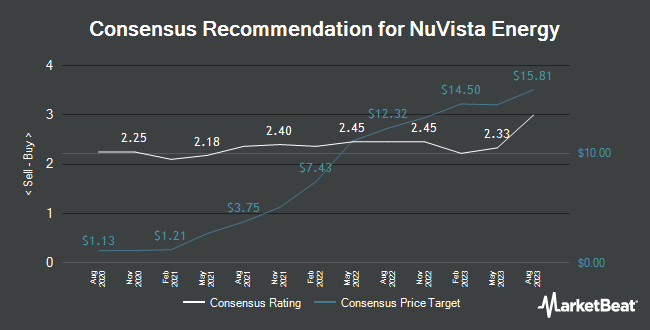 Complete the form below to receive the latest headlines and analysts' recommendations for NuVista Energy with our free daily email newsletter: