Village Farms International (NASDAQ:VFF – Get Rating) announced its earnings results on Tuesday. The company reported ($0.07) EPS for the quarter, missing analysts’ consensus estimates of ($0.01) by ($0.06), MarketWatch Earnings reports. Village Farms International had a negative net margin of 3.39% and a negative return on equity of 1.83%. During the same quarter in the prior year, the firm posted ($0.07) EPS.

In other Village Farms International news, CEO Michael A. Degiglio sold 90,000 shares of the stock in a transaction that occurred on Thursday, March 31st. The shares were sold at an average price of $5.32, for a total transaction of $478,800.00. The sale was disclosed in a document filed with the Securities & Exchange Commission, which is available through the SEC website. Company insiders own 14.10% of the company’s stock.

Village Farms International, Inc, together with its subsidiaries, produces, markets, and distributes greenhouse-grown tomatoes, bell peppers, and cucumbers in North America. It operates through four segments: Produce, Cannabis-Canada, Cannabis-U.S., and Energy. The company also owns and operates a power plant that generates and sells electricity, and provides thermal heat to British Columbia Hydro and Power Authority; produces and supplies cannabis products to other licensed providers and provincial governments in Canada and internationally; and develops and sells cannabinoid-based health and wellness products, including ingestible, edibles, and topical applications. 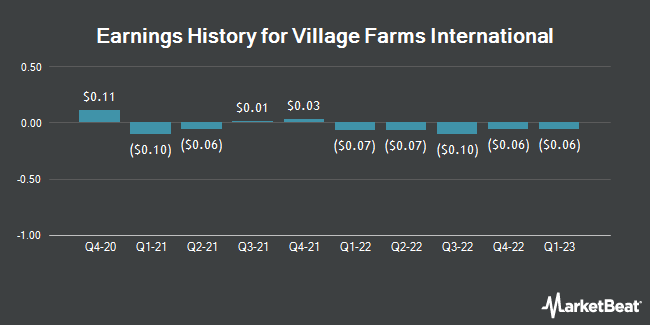 Complete the form below to receive the latest headlines and analysts' recommendations for Village Farms International with our free daily email newsletter: